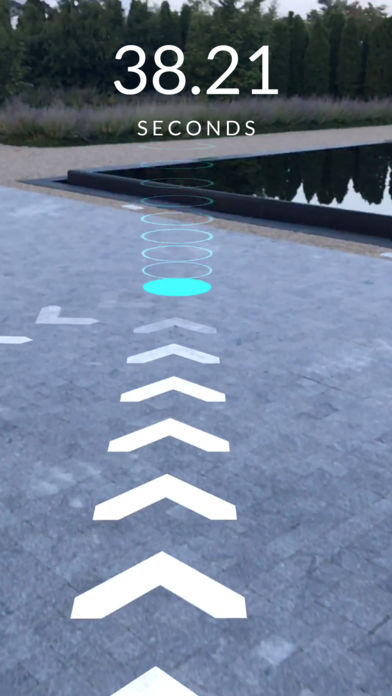 If you have Apple mobile devices, you may have noticed that there are new categories in the app store, focused on augmented reality. Among these new categories you can find a brand new fitness program called AR Runner, designed by Semidome, Inc. Self-described as a one-of-a-kind competitive augmented reality game, it can rightly be called the first experience of its kind for mobile devices. But could it also become part of a bigger trend?

To answer that question, it’s best to go back and think about how AR got to our mobile devices, and what it means for developers. The best foundation for understanding if you’re unfamiliar with smartphone augmented reality may actually be HTML5 – a sort of development language meant for game and app makers.

The value of HTML5 is that it helped people design games and programs that can work across platforms. It’s described as a powerful and versatile language that’s allowed casino and arcade sites in particular to lead the way with cross-platform innovation. As a result, we’ve seen a lot of very popular browser video games make easy transitions to mobile, thus reaching more people and adapting to the times.

AR apps do not necessarily have to do with HTML5, but the way they’ve gotten to us follows a similar pattern. Apple just recently released its iOS 11 operating system, and in it unveiled ARKit, a design system that allows app makers to easily translate their material to the new medium. That is to say, game developers who already knew how to design ordinary mobile experiences should have an easier time making their programs work for augmented reality.

For that reason, we can probably anticipate that AR Runner won’t be a lone fitness app. While innovative, it is not a new kind of app that can’t be imitated – rather, it’s probably the first of many that, thanks to new design platforms, will easily be crafted for iOS 11 devices.

As for what it actually does, AR Runner is basically an incentive for cardiovascular workouts. The app projects courses and beacons on open spaces, and your task is to run through them as you’re timed. Because your performance is recorded, it can rank against other AR Runner users, and you can compete against strangers or friends. It’s more or less an attempt to infuse a workout app with some of the competitive structure that makes a lot of mobile games addictive.

Downloading the app or even simply looking at a few screenshots, you can easily begin to imagine other, similar apps being produced. Larger or more complex versions of AR Runner could be on the way, and we could certainly see other types of fitness competitions brought to life via VR. And just as HTML5 has made game development easier across different platforms in recent years, ARKit should enable developers to make these imitations and improvements with relative ease.

It could be the dawn of a whole new type of mobile-based fitness program.

Why People Think Are A Good Idea

Administrator - 03/07/2020 0
Feature
Missy Truscott, of Redmond, WA., and an eight-year veteran of the IFBB Pro League, took home the biggest win of her career when she...