Savickas trailed Shaw 35-32 entering The Timber Carry, the contest’s final event. Savickas carried the 1,102-pound wooden frame up a 35-foot-ramp in 13.0 seconds, good for first place in the event and 10 points. Shaw got the frame up in 18.62 seconds but was fifth, giving Zavickas a 42-41 win.

Savickas received congratulations from Arnold Schwarzenegger, $72,000 and the Louis Cyr Trophy. Shaw, the 2011 and 2015 champion, received $22,000 for finishing second.

The 2016 Arnold Strongman Classic was contested over two days in five events: Rogue Elephant Bar Deadlift, The Austrian Oak, The Cyr Dumbbell, The Bale Tote and The Timber Carry. The Timber Carry was held at the Battelle Grand at the Greater Columbus Convention Center as part of the Arnold Classic, Bikini International and Arnold Men’s Physique Finals. 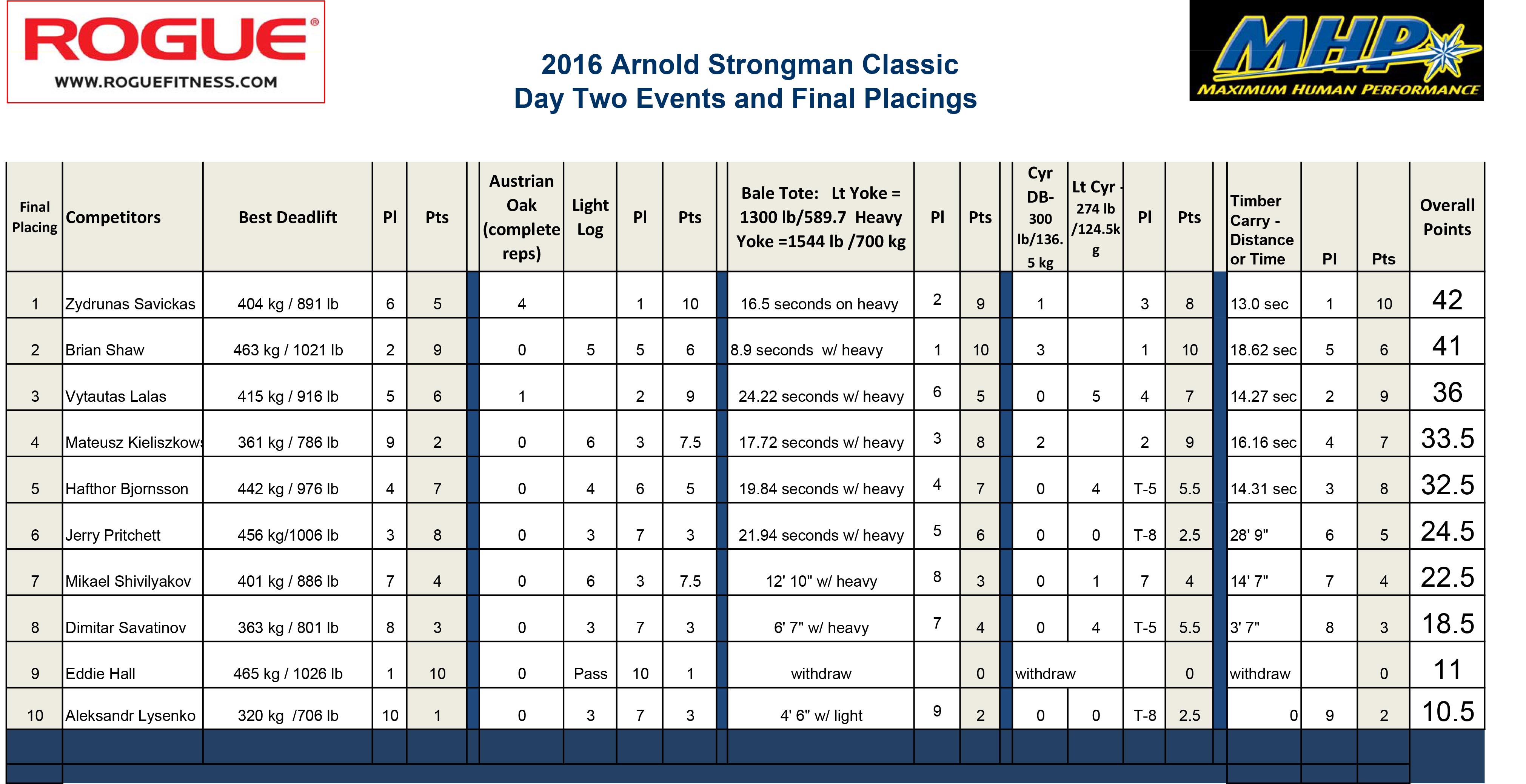 Administrator - 03/04/2018 0
Feature
Hafthor Bjornsson of Iceland broke through for his first major professional strongman victory when he won the Arnold Strongman Classic at the 30th Anniversary...