Ryan Terry of England outlasted a field of 35 competitors to win the Arnold Classic Men’s Physique for the biggest win of his three-year career in the IFBB Pro League. Terry received congratulations from Gov. Arnold Schwarzenegger, $5,000, a Tony Nowak Official Champions Jacket and the champion’s trophy from Jeff Howe of Optimum Nutrition and Catherine Colle of Midway Labs USA. Terry was fourth in Columbus in 2016.

The remainder of the Arnold Men’s Physique top six: 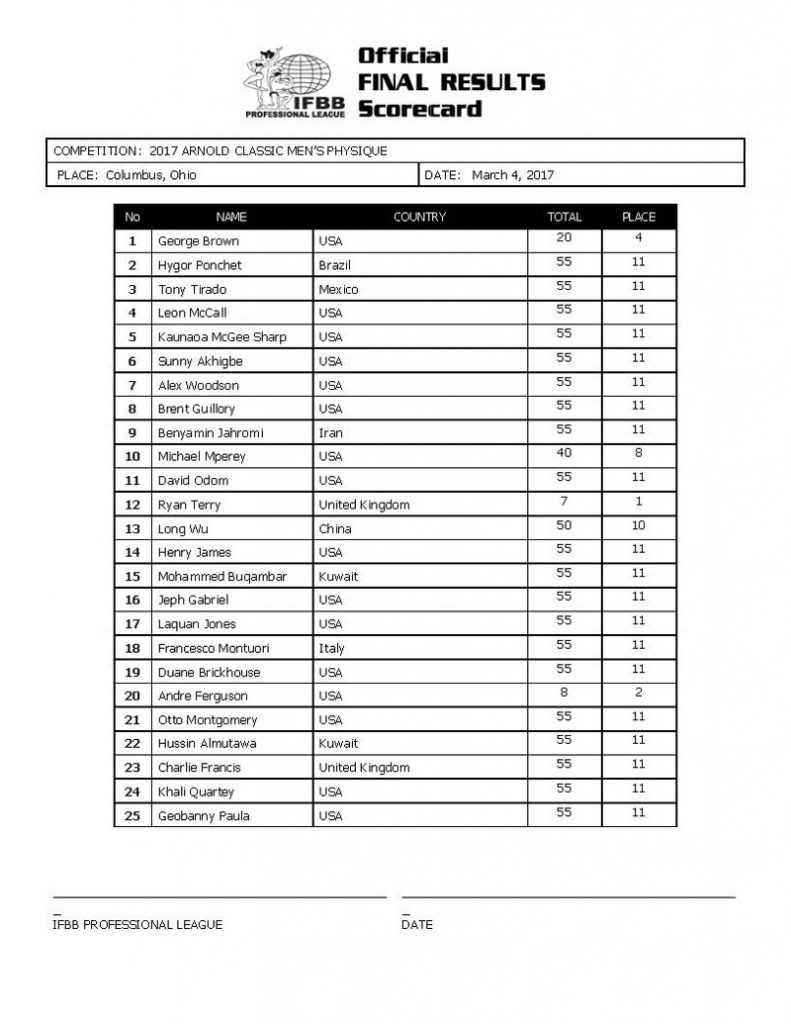 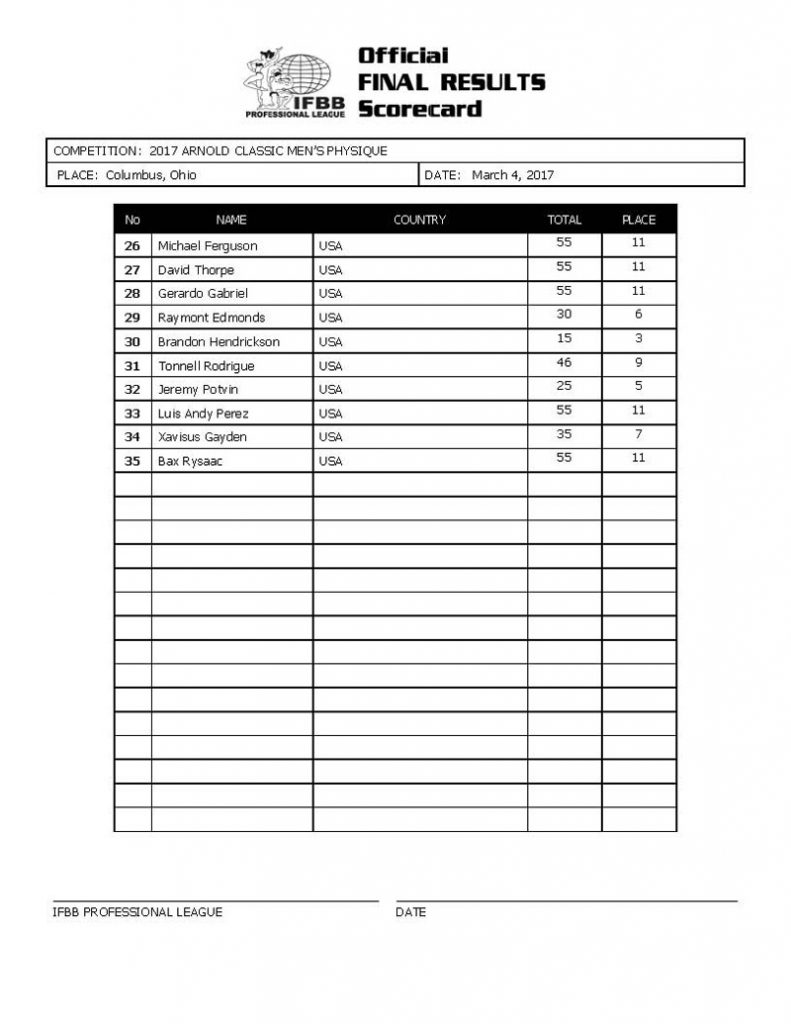 For more information, including schedules, locations and hours, visit www.arnoldsportsfestival.com.

What will it take to attract major sponsors for natural bodybuilding?