Elisa Pecini of Brasil continued her dominance of the IFBB Pro League’s Bikini division by winning the Bikini International for the first time in just her third appearance on the Arnold Classic Stage.

Pecini finished second in Columbus in 2019 before claiming the Bikini Olympia title in September.

The remainder of the Bikini International top six: 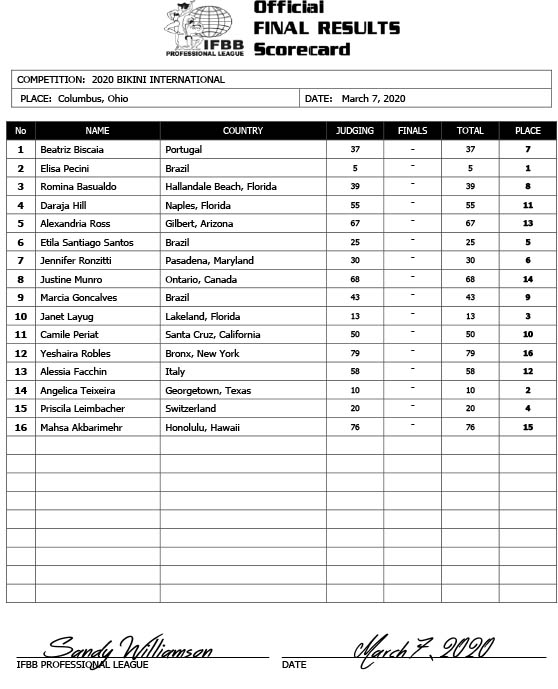 Administrator - 10/17/2014 0
Bikini
WHO WILL BE THE VICTOR IN THIS ONLINE BATTLE? Each vote/like matters as each candidate struggles to pave way to this historical battle of HONOR...