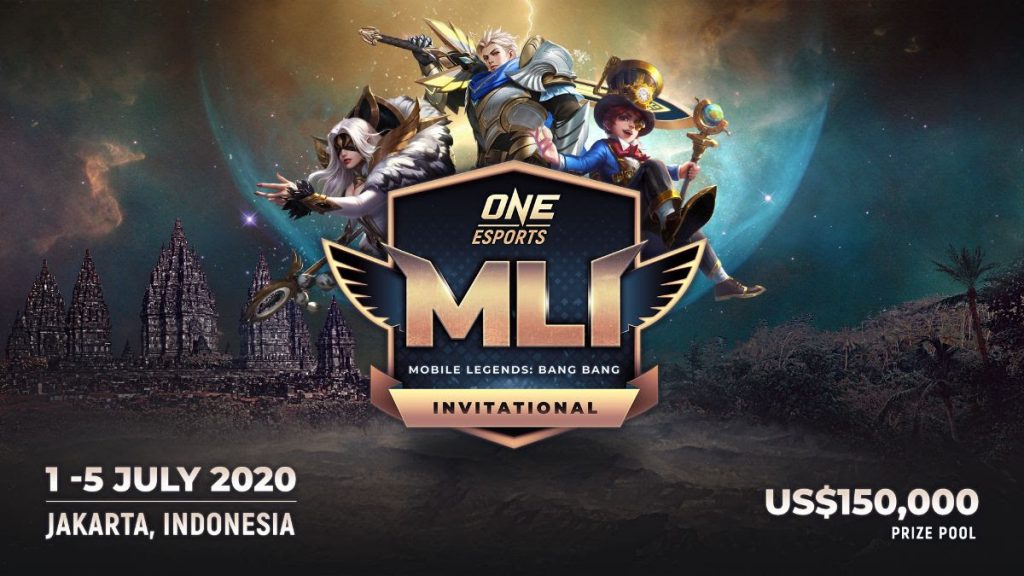 26 February 2020 – Singapore: ONE Esports, a subsidiary of ONE Championship™ (ONE), the largest global sports media property in Asian history, announced today the inaugural ONE Esports Mobile Legends: Bang Bang Invitational, which will take place from 2 May to 5 July. Top players and teams from all over the world will compete for a total prize pool of US $150,000.

Mobile Legends: Bang Bang (MLBB) is a Multiplayer Online Battle Arena (MOBA) game for mobile phones and tablets. The game launched in mid-2016 for Android and iOS and is the most popular mobile Multiplayer Online Battle Arena (MOBA) game in the world (outside of China) with over 500 million installs and 80 million Monthly Active Users. It is a MOBA played in Southeast Asia, Europe, North America, Middle East, and India. In total, Mobile Legends: Bang Bang has reached 139 countries and regions, has been localized in 25 languages and operates on over 1,200 servers to ensure the game runs smoothly. MLBB is also the first title announced as a medal game at the 2019 Southeast Asian Games’ inaugural esports event.

The ONE Esports Mobile Legends: Bang Bang Invitational will bring together the world’s best MLBB players and teams. It will be the first of two Mobile Legends: Bang Bang competition series promoted jointly with MLBB developer Moonton. The competitions will develop the best MLBB teams, share and celebrate the stories of esports heroes, and inspire MLBB fans all around the world.

Country online qualifiers will be held from 2 May to 17 May, and the Main Event will take place from 1 July to 5 July. The schedule is as follows:

More information on the event can be found at this link: oneesports.gg/ONE-MLI

Lucas Mao, Director of Operations of Moonton, stated: “Over at Moonton, we are really excited about this collaboration with ONE Esports. Their track record in producing story-driven sports production gives us the confidence to go into a longer collaboration where we will feature not one but two regional invitational tournaments in 2020. We wholly believe that this partnership with ONE Esports will further expedite our long term goal of building a sustainable and dynamic esports ecosystem.”

THE WORLD’S BEST TEAMS ANNOUNCED FOR ONE ESPORTS DOTA 2 SINGAPORE...