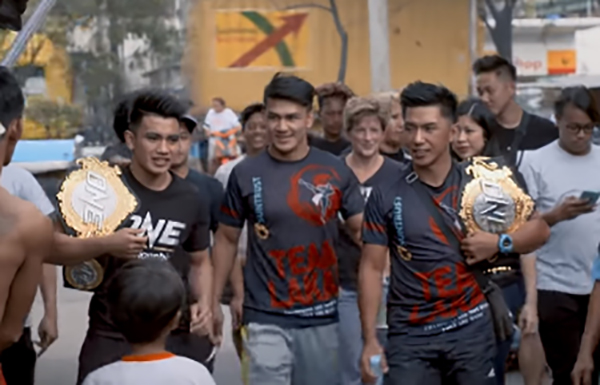 ONE Championship, has decided to give back this Holiday season. In cooperation with Global Citizen, ONE visited the ‘Smokey Mountain’ community in the Philippines, just before Christmas.

Built on the foundation of the true values of martial arts — integrity, humility, honor, respect, courage, discipline, and compassion — ONE has strived to leave a lasting impact on the world through its various initiatives.

ONE handed out brand new clothing and apparel to ‘Young Focus’, a local non-government organization based in Manila, which has worked diligently throughout the years in providing health and educational services for underprivileged children in the area.

The ‘Smokey Mountain’ area of Manila was previously a large landfill situated in Tondo, Manila, before it was closed to give way to public housing in the late nineties. It has since served as housing for impoverished families.

Erstwhile in Singapore, ONE Championship gave out donations and gifts to migrant workers living and working in the country. In collaboration with ‘Its Raining Raincoats’, ONE was able to over 650 beneficiaries.

ONE Championship will continue to work with Global Citizen, whose aim is to ultimately end worldwide poverty by the year 2030.

ONE Championship returns to martial arts action in 2020 with its first live event of the year, ONE: A NEW TOMORROW, set for the Impact Arena in Bangkok, Thailand on Friday, 10 January.