Filipino rising star and inspired by Manny Pacquiao, Lito “Thunder Kid” Adiwang is one of the most explosive action heroes on the ONE Championship roster today. A ONE Warrior Series top product, Adiwang has captivated audiences each time he’s stepped through the ropes or entered the Circle. 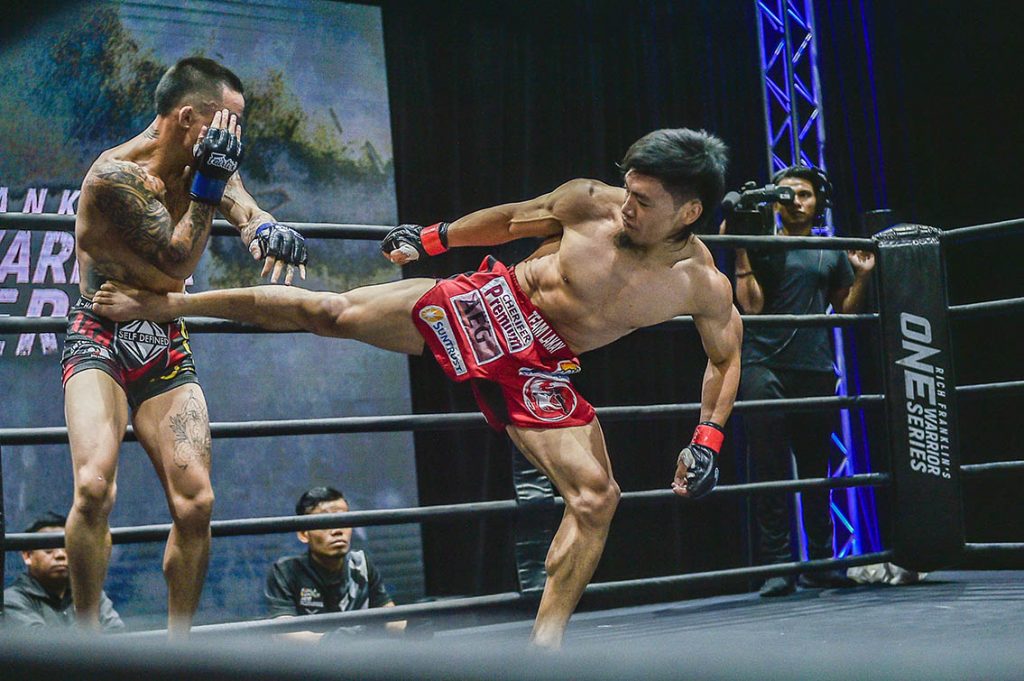 The 26-year-old stalwart brings with him a unique adrenaline rush with his fan-friendly style, whenever he comes to compete. Under the guidance of legendary Filipino martial artist Mark Sangiao, and his brothers-in-arms at the famed Team Lakay, Adiwang is blazing a trail through ONE Championship’s strawweight division. 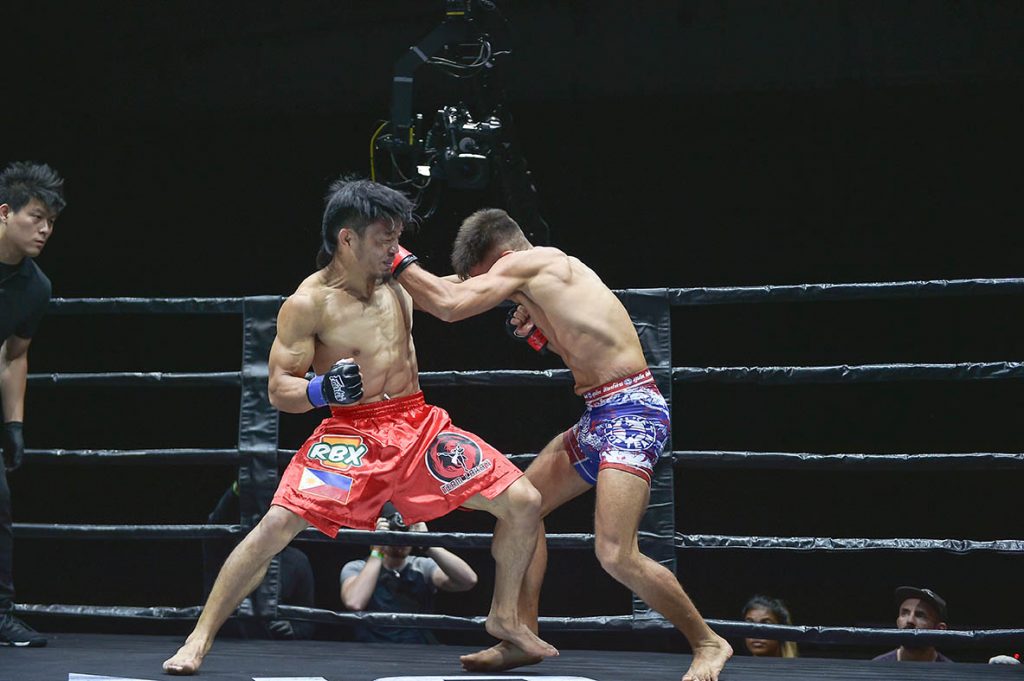 But he wasn’t always a martial arts action hero. Growing up in Baguio City, Adiwang had a rough upbringing.

“I was born the youngest in a family of seven children. Life was tough and we had to get through a lot of trials. My parents used to plant crops in an open lot so we would have food to eat, but it wasn’t enough,” Adiwang recounted.

“It really taught me a lot about overcoming adversity in life. I wanted to help my family, but I felt powerless. Then I lost my fourth sibling in a mining accident. My parents separated when I was a teenager. I just felt hopeless.”

Just when things were progressively getting tougher for the young Adiwang, he found hope in a Philippine sporting icon.

Like many children growing up in the Philippines, Adiwang was captivated by legendary boxer, Manny “Pacman” Pacquiao. The young “Thunder Kid” drew strength and inspiration from Pacquiao’s incredible career.

It soon became Adiwang’s dream to be just like his idol.

“Growing up watching the rise of Manny Pacquiao, I was motivated to become a boxer just like him. I wanted to represent my country and make my people proud too. I wanted to help bring my family out of hardship and poverty,” said Adiwang.

“There used to be an old church on the streets where I grew up, where I initially started to learn how to box. I was 12 years old at the time. I would shadowbox and imagine I was Manny Pacquiao, fighting against legends like Erik Morales and Marco Antonio Barrera. I loved his relentless style. His opponents couldn’t handle him.”

Today, there are similarities in Adiwang’s dynamite-laden strikes and Pacquiao’s ferociousness. Just like Pacquiao, Adiwang features a relentless attack. He throws punches with no caution, and everything he comes forward with is packed with bout-ending power.

The results have been absolutely stunning.

Adiwang is thus far unbeaten in his ONE Championship stint. Gaining his start on the uber-popular ONE Warrior Series, Adiwang’s star has truly shined. He won his first three bouts under the watchful eye of mixed martial arts legend Rich Franklin.

Not long after, the 26-year-old earned a six-figure contract with ONE Championship, after Franklin saw immediate potential. He then strung together two incredible finishes as part of ONE’s main roster.

“I knew Lito [Adiwang] was something special the moment I saw him train, and eventually compete. He just has that finishing instinct that not everyone has. With some polish, I knew Lito would make a huge impact in ONE Championship,” said Franklin, ONE Warrior Series CEO.

“He’s a phenomenal athlete and I just see him powering through the division. He still has much to learn, but he’s also developing at such a rapid pace. I’m really proud of what he’s accomplished so far, and very excited for what the future holds for him.”

It’s still early in his career and the possibilities are endless. Whether Adiwang goes down the path of his idol, Manny Pacquiao, remains to be seen. But there’s no denying the “Thunder Kid” is traversing a similar road.

“To be even considered in the same breath as Manny, it’s such an honor. If I can accomplish even a fraction of what he has in his career, I can consider my career a success,” said Adiwang. 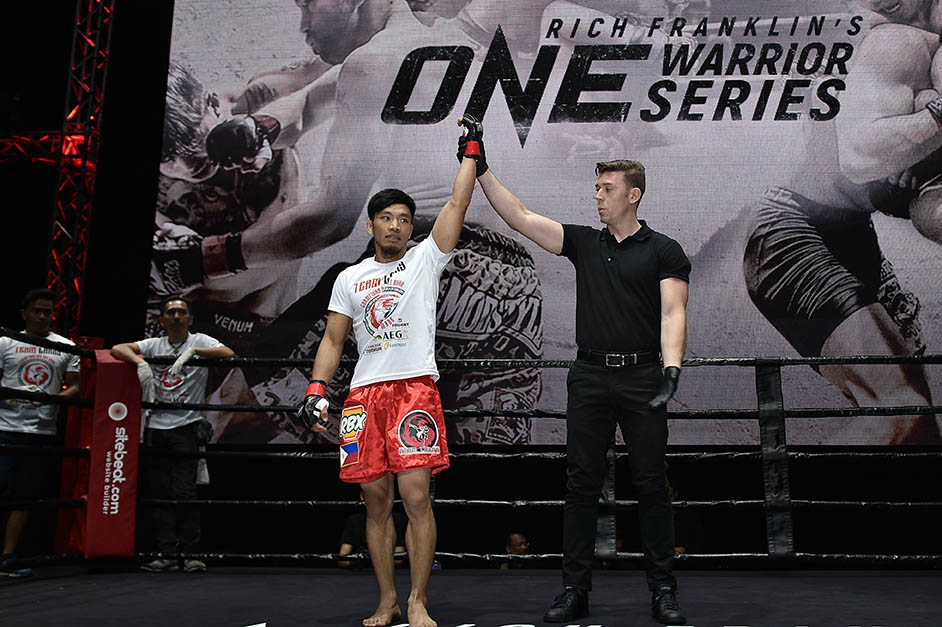 “Right now I’m just focused on being the best that I can be. I really want to prove myself against the best opponents, and I feel I am ready.”

How ONE Championship Athletes Are Handling the COVID-19 Lockdown

Sydney Sprouse - 02/28/2018 0
Diet
Gearing your nutrition to better serve your heart is good for your ticker, and your overall well-being. It can be tricky to know the...