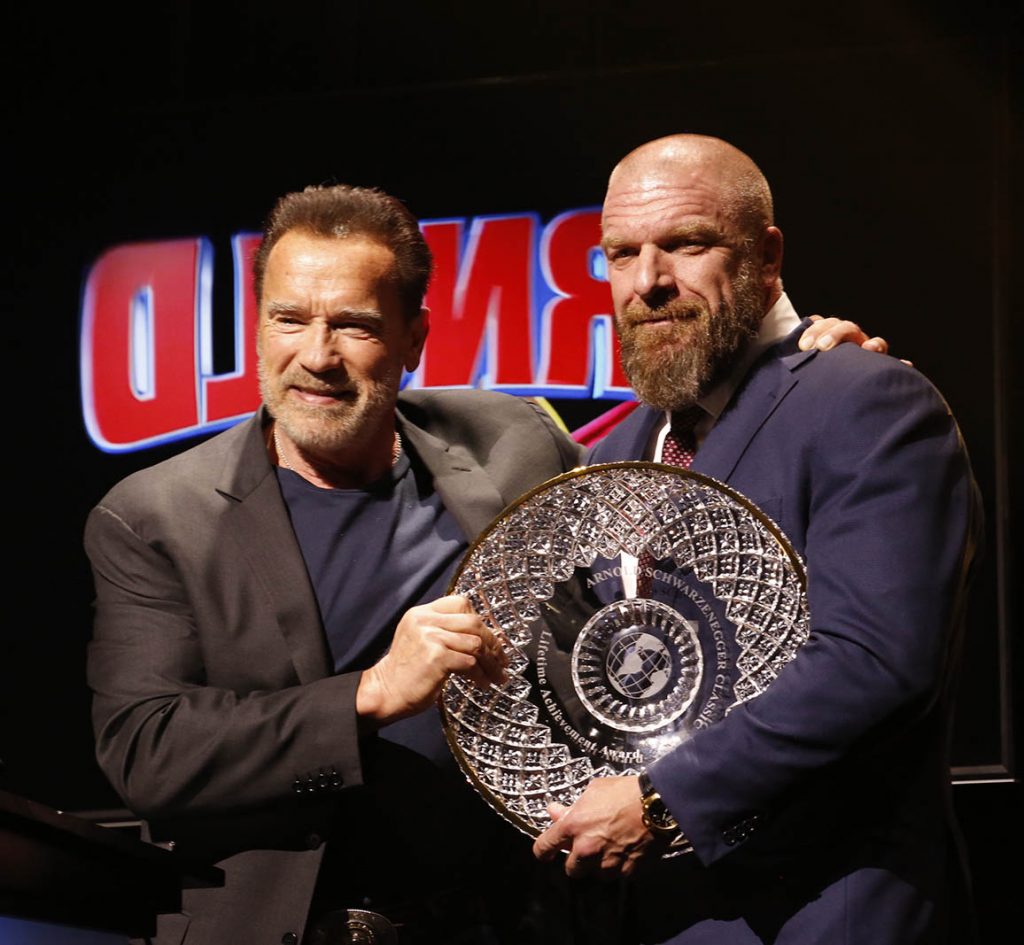 Paul “Triple H” Levesque is WWE’s Executive Vice President, Global Talent Strategy & Development. In this role, he oversees the Company’s Talent Development department, serves as a senior advisor to the CEO for talent strategy and is the Executive Producer of NXT, WWE’s third global touring brand, which airs live every Wednesday night on USA Network and NXT UK, a weekly one-hour series airing Wednesdays on BT Sport in the UK and Ireland.

Levesque is revolutionizing the business with his global recruiting strategy and developmental training processes. In order to create a platform for future success, he established the Company’s state-of-the-art training facility, the WWE Performance Center in Orlando, Florida and last year opened the UK Performance Center, the first world-class WWE training facility outside of the United States. In addition to strength, conditioning, in-ring training, and character development, recruits participate in development programs focusing on life skills, continuing education, health and wellness, and career planning. Building off this success, Levesque remains focused on the development and implementation of WWE’s Performance Center/Global Localization strategy.

Prior to his current role, Levesque oversaw WWE’s Talent Relations and Live Events departments. He also played an integral part in the Company’s creative process, helping to shape the creative direction and storylines of WWE’s programming.

Levesque debuted as a WWE Superstar, “Triple H,” in 1995 and was inducted into the WWE Hall of Fame in 2019. He has held the WWE Heavyweight Championship title 14 times, captured every major championship, headlined thousands of WWE events and entertained millions around the world. Levesque is married to Stephanie McMahon and together in 2014, they established Connor’s Cure, a fund dedicated to furthering Pediatric cancer research. He was inducted into the Boys & Girls Clubs of America Alumni Hall of Fame in 2017 and is a board member for the Concussion Legacy Foundation. He is a father of three daughters ages 13, 11 and 9.