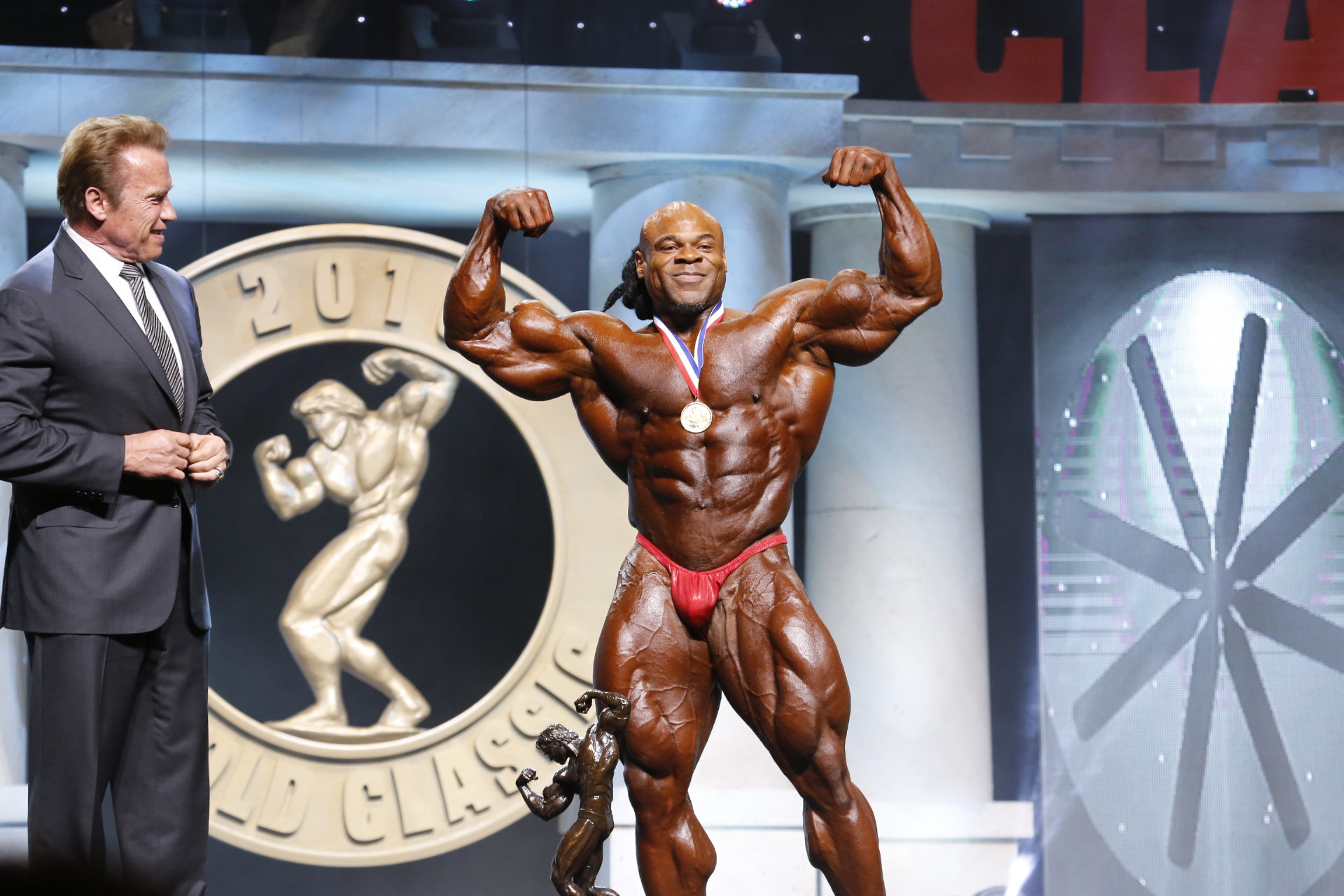 Greene received congratulations from Arnold Schwarzenegger, a check for $130,000, a Tony Nowak Official Champions Jacket and the champion’s trophy from Eric Hillman of Europa Sports Products and Eric Torgeson of EAS.

McMillan received $75,000 and a medal from Ultimate Nutrition and MHP for his second place showing.

Josh Lenartowicz, who burst onto the pro bodybuilding scene when he won pro shows on back-to-back weekends late in the 2015 season, finished a surprising third. Lenartowicz of Australia received $50,000 from Muscle & Fitness and Jan Tana.

Justin Compon, who finished third in the Arnold Classic in 2015, was fourth and received $30,000 from Optimum Nurtion and Body Fortress.

Branch Warren of Copper Canyon, Texas, who won the Arnold Classic in 2011 and 2012, finished fifth and received $15,000 from Blackstone Labs and Rule One Proteins.

Official Results for ONE: FISTS OF FURY II