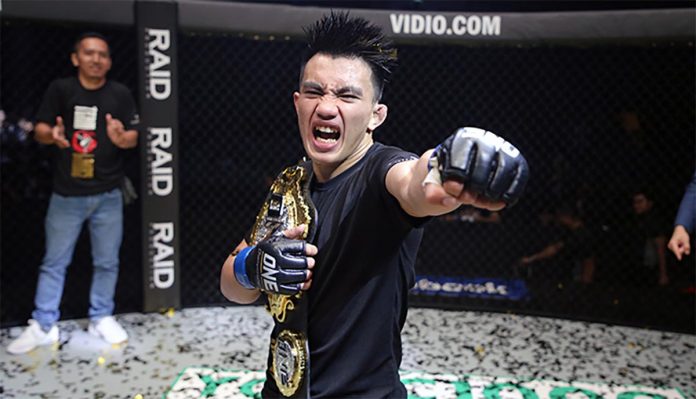 Joshua Pacio also know as “The Passion,” will be defending his ONE Strawweight World Title against Rene “The Challenger” Catalan on 8 November at ONE: MASTERS OF FATE in his second reign as the division’s king.

Ever since he reclaimed his title from Yosuke Saruta last April, Joshua Pacio has been on the grind back at the Team Lakay gym. After learning that he will get the opportunity to perform in front of his compatriots at the Mall of Asia Arena in the Philippines, Pacio doubled his efforts in hopes of giving fans another excellent performance.

“My preparations for my next bout are great,” Pacio said.

“We’ve been working on some of my weaknesses and strengthening the weapons in my arsenal. As usual, we’ve been focusing on everything because this is mixed martial arts.”

“The Passion” knows better than to underestimate his opponent. Catalan is riding a six-bout winning streak, with exemplary performances that earned him a shot at the ONE Strawweight World Title — a no doubt difficult feat to achieve in a stacked division.

However, the Baguio City native is confident in his preparations leading to the event.

“Anything can happen, especially that my opponent is a veteran in combat sports,” Pacio said.