Johnnie O. Jackson of Fort Worth, Texas won his fifth career IFBB Pro League title when he took home the 2017 Arnold Classic Africa crown on May 7 in Johannesburg.

Jackson won the contest over second-place Michael Lockett and third-place Juan ‘Diesel” Morel, both of the United States. Two weeks earlier, Jackson (fourth), Lockett (third) and Morel (second) had all finished in the top four of the Arnold Classic South America behind winner Lukas Osladil.

Derina Wilson of the USA had one of her most impressive performances with a career-best second place finish. Diana Monteiro of Brasil was third. 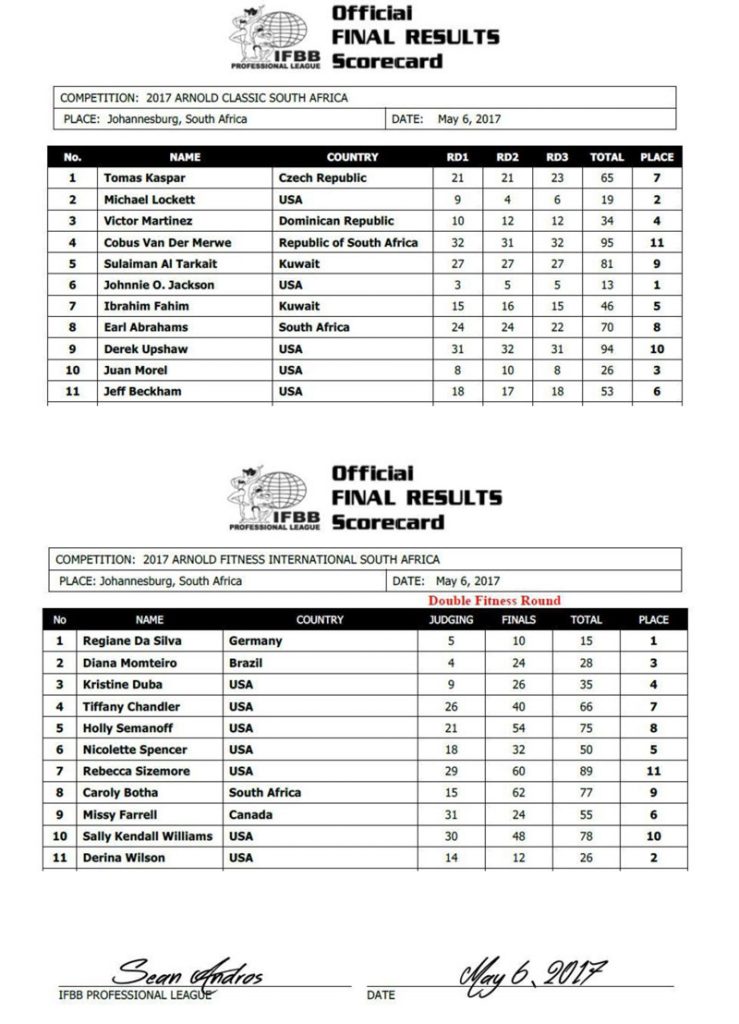 Get big fast without juicing