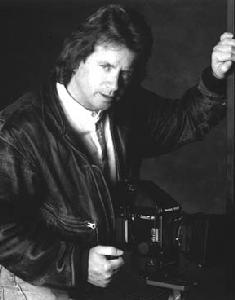 Some Detractors Say No – But Physique Competitors with their eyes on the olympic games have a very different answer!

When it comes to public recognition and acceptance, bodybuilding has come a long way in the past few decades. In the 1960s, a movie like “Don’t Make Waves” featured Tony Curtis making a fool out of a big, dumb bodybuilder (played by the Blond Bomber, Dave Draper) in order to slip into his girlfriend’s bed. Can you imagine such a thing happening today in an Arnold Schwarzenegger film? Even an alien predator can’t terminate Arnold the movie star, so a pencil-neck pretty boy would hardly offer much competition.

Bodybuilding competition has also achieved a remarkably high profile in a very short time. All the major networks have featured top-level physique contests, and a whole range of IFBB and NPC events are regularly telecast on cable sports networks like ESPN. The IFBB World Amateur Championships have been stage with the sponsorship of governments such as those of Malasia, Jordon, Egypt, the Philippines and others. After many years of effort, Ben Weider, President of the International Federation of Bodybuilders, has met with success in achieving his lifelong goal to persuade the International Olympic Committee to include bodybuilding in the Olympic Games. But in spite of all this progress bodybuilding, there are still those that refuse to accept bodybuilding on the most fundamental of grounds—they don’t believe bodybuilding is really a sport at all! Instead, they contend it’s some sort of theatrical exhibition, or a muscle-oriented beauty contest.

(a) In a bodybuilding contest, all the competitors do is flex and pose. They are judged almost entirely on how they look, not on the basis of any athletic performance. There is nothing inherently athletic about flexing and, while posing make take a lot of skill, it is not that athletically demanding.
(b) The athletic effort that bodybuilders make is done when they train with weights in the gym. But they are not judged directly on the basis of that effort—on how much weight they can lift or how many reps they can do with a given weight. Any increase in strength, power, speed, endurance, agility or coordination they might achieve—all of which are legitimate athletic qualities— is strictly an incidental by-product of the workouts, not the primary goal.
(c) The real point of bodybuilding training is to change body shape, proportion and conformation, which may result in the development of an aesthetically outstanding body, but does not constitute a sport in the traditionally accepted meaning of the word.
But are the meanings of concepts like “sport” and “athlete” really all that clear and well-defined? People use these words as if they know exactly what they mean, but when you look at the etymology of these terms it becomes evident that they don’t really denote precisely what popular opinion thinks they do.

For example, here are some definitions from the Oxford English Dictionary, which not only gives definitions, but describes how the meanings of words have changed over the course of history:

ATHLETE – (derived from words meaning “to contend for a prize”)
A competitor in the physical exercises—such as running, leaping, boxing, wrestling—that formed part of the public games in ancient Greece and Rome.

ATHLETIC
(1) Pertaining to an athlete, or to contests in which physical strength is vigorously exercised.
(2) Of the nature of, or befitting, an athlete; physically powerful, muscular, robust.

SPORT
(1) Pleasant pastime; entertainment or amusement; recreation, diversion. (Particularly associated with the taking or killing of wild animals, game or fish.)
(2) Participation in games or exercises, especially those of an athletic character or pursued in the open air.
(3) To engage in, follow, or practice sport, esp. field-sport; to hunt or shoot for sport or amusement.

Obviously, when we speak of “sport” nowadays we rarely include “field sports,” that is hunting and fishing. Sport, in the modern sense, usually refers to “contents in which physical strength is vigorously exercised.” But there are plenty of exceptions. Look in the sports pages of any daily newspaper and you’ll see coverage of golf, bowling, table tennis and even motor racing. Not really the stuff you’d expect to the ancient Greeks to include in the Olympic Games.
The modern Olympic Games also involves some events the ancient Olympians might easily fail to recognize. Synchronized swimming? Rhythmic gymnastics? What’s next—competitive cheerleading?

In point of fact, the modern definition of sport is extremely flexible and includes a wide-range of competitive events involving physical skill. Some of these demand high levels of traditional athletic abilities such as strength and speed; some do not. The standard of performance in sports like basketball and football, for example, have risen dramatically over the years due to improvements in our knowledge of physical training. The athletes in these sports are therefore bigger, stronger, faster and have more endurance, so they play that game that much better. In baseball, on the other hand, experts feel that today’s players aren’t really that much better than those of several decades ago. Why? Because baseball is much more a game of special skills and split-second timing than generalized athletic ability, so the fact that modern baseball players are usually better overall athletes than their counterparts in the past has made relatively little difference in the level at which the game is played.

Why bodybuilding will never be in the Olympics

Administrator - 11/28/2014 0
Bodybuilding
Bodybuilders and their fans have lamented over the years that bodybuilding is not in the Olympics. That scenario is not very likely. In the first...