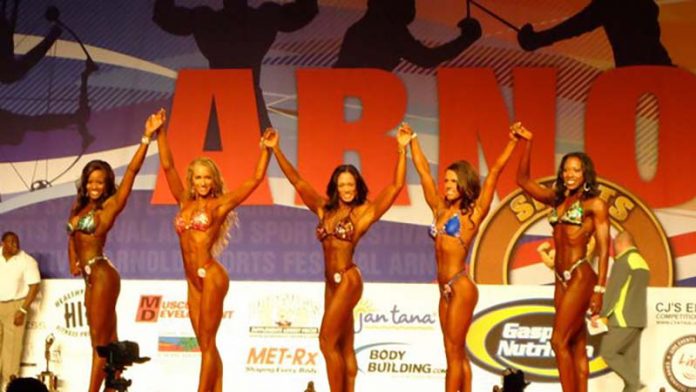 Darlene Escano was born in Novaliches in Quezon City where her relatives still lives. Darlene and her parents left the Philippines when she was a year old and moved to Papua New Guinea for 8 years then moved to Australia in 1987 where she is living until this day.

I guess my story begins when I was younger. I had always been into sport. I loved track and field and really looked forward to school sports carnivals. Fitness had always been around me. My brother played tennis. My sister netball and I remember when I was young that my dad used to do weight training in the living room where we had a bench press and barbell.

It wasn’t until I grew older and I remember flicking through a fitness magazine and saw an advert for protein powder which had Monica Brant posing in a red bikini and i admired her shape and body and wanted to have the same. Previous boyfriends who were body builders and competed in the past took me to watch a body building comp where they also had figure girls competing.

Seeing them on stage looking glamourous with great bodies appealed to me and that’s when i decided that I wanted to give figure competing a go. My first competition was in 2007, the IFBB Australasians held in Sydney Australia. Sadly my boyfriend at the time died and I was lost and not in a good place but I finished my contest prep and competed placing last. I took a year off to work on my body and to get myself in a good place. I had a great training partner who pushed me to train hard.

I was training with him 4 days a week and two days on my own. After seeing changes in my body it was time to start preparing for a contest. I competed in the same competition the IFBB Australasians in 2009 placing 3rd! I was so happy with placing and received good feedback about my body and condition. I competed a week later in Perth Australia in the IFBB Elite Show placing 4th. In 2010 I competed in the same comp but this time I placed 1st which qualified me to compete in the Arnold Classic 2011!

Fast forward to March 2011 was the Arnold Classic. I won my class out of I think it was 20 girls which was a shock to me. I am the first from Australia to have won this event and first Filipino. An even more shock was when they announced I had won the overalls! IFBB gave me my pro card making me a professional figure competitor, a dream come true for me.
My first pro show was on the weekend where I competed in the Australian Pro Grand Prix in Melbourne Australia.

I placed third qualifying me to compete in the Olympia in September this year in Las Vegas! After competing in just 5 amateur shows I won my pro card and in my first pro show I have qualified for the Olympia! Many have competed much more than I have and only dream of competing in the Olympia the most prestigious bodybuilding competition in the world. I am truly grateful where my achievements are taking me and very grateful for the friends and family who support me in this sport especially my fiance who understands and is very patient with me 🙂

A normal week of training would be:

Monday: Chest
Tuesday: Legs
Wednesday: Delts
Thursday: Back
Friday: Arms (approximately 1.5-2months out of comp I won’t train arms as my biceps tend to get very big and over power my shoulders) 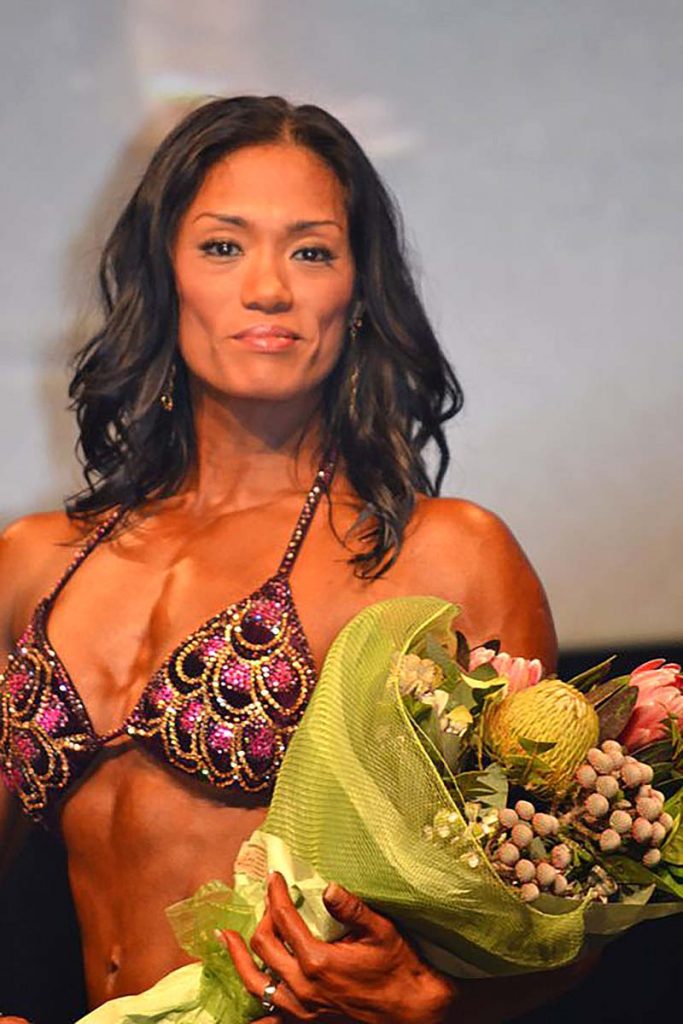 The way of the warrior lives in the Great Bodies 2015