With the just recently concluded Bodybuilding competition NABBA and the physique show that is FAME held last April 16, 2011 at Philippine Trade Training Center. I just cant help to reluctantly accept the challenge to do what I did for Bodybuilding and Powerlifting is to write on critical analysis and not just news reports.

I searched the web and surfed into several websites even through compilation of old magazines, newspapers and local publication. Guess what, no one ever wrote about the history of bodybuilding in our country, the Philippines. Sad to say, maybe it is not a mainstream show and bodybuilding competition itself is still under debate by some if it can be considered a sports or not (that is another issue tho’). If I can only turn the clock of time I would sit down with my adviser and seniority Mr. “Nene” dela Rama and ask if he had saved an article with regards to the history of bodybuilding in our country, I remembered a quote which was printed in bold along the hallway of ADONIS GYM in Recto operated by the late great national coach Dodong “Antipas” Celorio. It says, “Bodybuilding is important in Nation building…” I believe this quote was borrowed by the late Phil. President Ferdinand Marcos during the opening ceremony of Mr. Universe during 1980 I was twelve years old then. The quote or saying was authored by the late great Icon of International bodybuilding and forefront of IFBB Ben Weider. That year 1980, Roland “Pintoy” Dantes was our representative in the IFBB Mr. Universe bodybuilding Competition.

So without any records as basis, even the IFBB Congress held here in Manila does not have any records on the net nor in the pages of the IFBB Archives. Bodybuilding was then underground or was taboo. Only parents who were exposed in physique culture would entice their children to go for the discipline and the rudiments of the game. After high school being a lame 125 lbs. kid, I was exposed in martial arts and other sports but I seek the challenge of strength. My father being one of the gym rats in La Carlota city knew a few names who then epitomize Bodybuilding, names like Job Mayo, Dodong “Antipas” Celorio, and Stan Carbungco would come into mind way back then. In the eighties there rose the names of Roland “Pintoy” Dantes, Rusty Santos, Boyet Mariñas (a good friend from antipolo) and the late Phil. Marines RAM-BOY Amado Pagon just to name a few. I was blessed being their junior then, to have worked with them in the national level doing media releases. Not only that, I trained with Kuya Boy Mariñas at Stan Carbungco’s gym and assisted him in his competitions. I competed in the Jr. Mr. Philippines and he was in the Middle Weight Division. Competition way back then was prestigious because of the selection process. I frequent Baguio and stayed with the late IFBB-Phil. President Nick Domalsin to compete in Jr. Mr. Luzon that is where I met and became close to Peter Chua and Nicky Tsai. Both are accredited IFBB Judges Class A and Peter Chua I believe had close communication way back then with NABBA Britain. 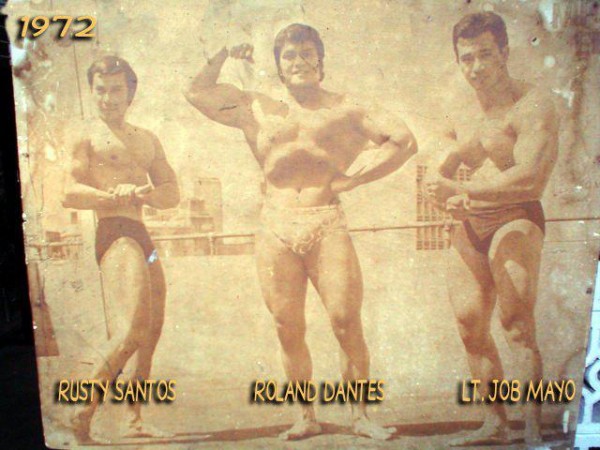 Bodybuilding competitions before had a selection process competing the best of the best from a region then the winners becomes the representative who would vie to compete in the nationals, the prestigious Mr. Philippines. After being gone for several years to acquire earned degrees, I was perplexed upon my return to see that the grass roots are neglected. Bong, Edgar, and yours truly do believe that there are raw talents there in the countryside which needs to be tapped. Question is do we have supporters of bodybuilding and physique competitions like organizers along the countryside? Or as I see it bodybuilding did not evolved much enticing the general populace to embrace a fit, healthy and the wellness lifestyle? Are the athletes good ambassadors of bodybuilding? Like the contemporaries were? What are the core values of the bodybuilders now-a-days? A number of questions plays in my mind to what happened to this extreme lifestyle which I embraced it my own. These are critical analysis that needs to be answered and from there a point of direction needs to created for the future of bodybuilding here in our country.

Why bodybuilding will never be in the Olympics

Administrator - 11/28/2014 0
Bodybuilding
Bodybuilders and their fans have lamented over the years that bodybuilding is not in the Olympics. That scenario is not very likely. In the first...