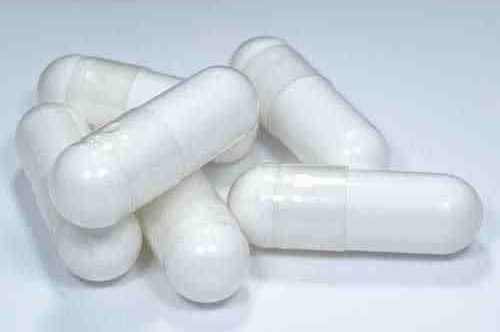 A new course is available at Weik University on creatine monohydrate. Those interested in sitting through an easy course, no need to look any further because class has just begun.
Everyone is guaranteed an “A” for the course as long as you sit through the course and pay attention (you can take notes if you wish). From there, all you have to do is take what you learned from the course and utilize it when looking for supplements.

There are many supplements out on the market that are legal and can be purchased over the counter. Even though these supplements are legal, not all of them will promise to help achieve fitness goals. Some products out on the market are merely a placebo and will not do anything the label says it is capable of doing. There are also some supplements out there that cause side effects worse than the supposed beneficial outcome of the product itself. Throughout this course, you will be supplied with information based on research findings on creatine monohydrate.

Creatine monohydrate is known as a physiological sports ergogenic and also a nutritional sports ergogenic. Creatine can be found in small amounts in animal foods and can also be produced in the liver and kidneys from amino acids (arginine, glycine, and methionine). However, much of the creatine that is found in food is destroyed when cooking. Creatine is a substance that is naturally found in our bodies. Over 90% of the creatine in the human body is found in muscle. Bodybuilders consider creatine a necessity for getting results. Creatine monohydrate is the most cost-effective dietary supplement in terms of muscle mass and strength gains. Creatine can help support protein synthesis, which helps muscles grow. Creatine supplementation has been studied for over 80 years—broad use of this substance has only gained popularity in the past decade.

There have been many studies done to try and determine which dosage of creatine will give athletes higher performance levels. Most studies done on creatine used approximately 20-30 grams per day. These dosages have been consumed in 4-5 equal doses per day for 5-7 days (loading phase).

Many athletes prefer to use the powder form of the substance, which can be mixed in with fluids and is quickly directed into the bloodstream. Creatine is best absorbed when taken with carbohydrates. The best time to take creatine is directly after a workout—this is when your muscles are most receptive to absorbing creatine from the blood. “Creatine is taken as a supplement in the form of creatine monohydrate because the phosphorylated creatine does not pass through cell membranes” (Baechle, 2000). It is necessary for athletes and bodybuilders to increase their water intake while supplementing with creatine because it throws off water and electrolyte balance in the body. It is also recommended to eat a well balanced diet with plenty of minerals.

There are many factors that can be improved with the supplementation of creatine. Though some of the factors are not clinically proven to work on everyone, nonetheless these factors have been increased in some subjects whom were examined in the lab. Creatine is used to increase physical power and mechanical edge. It is also used to increase high power and speed in sporting events that use energy primarily from the ATP-CP energy system. Creatine can help burn fat and increase muscle mass. It also claims to increase strength in the elderly, in people with muscle disease, and in people suffering from heart disease.

Scientists have come up with many different theories as far as what creatine actually does for the human body. They have been studying how much creatine should be ingested and what creatine does once inside the muscle itself. They have come up with a standard as for how many grams each person needs per day to see results. “The normal daily requirement of dietary and endogenously synthesized creatine approximates 2 grams, an amount that is adequate for generating normal intramuscular creatine phosphate (CP) levels” (Williams, 1998). Creatine supplementation could increase the amount of creatine in the body, thus improving performance in high power and speed skills. “Muscle stores of CP may split and release energy for the rapid resynthesis of ATP, although the supply of CP, like that of ATP, is limited. The combined total of ATP and CP might sustain maximal energy production for approximately 5-10 seconds of maximal effort” (Williams, 1998).

In the lab, scientists have been able to find dosages that show signs of improvement in muscle capabilities. These dosages have been found to be effective if taken as prescribed. “Several studies have shown that oral creatine supplementation in amounts approximately 20-30 grams per day for 5 to 7 days significantly increased intramuscular concentrations of both free creatine and CP during rest and during recovery after intense exercise. Some subjects, however, were nonresponders, as their muscle CP levels did not increase. Some studies found that creatine supplementation improved performance in the later stages of repetitive, short-term (4-10 seconds), high-intensity cycle ergometer sprint tests, repetitive bouts of isotonic, isometric, and isokinetic resistance testing.

Some research suggests creatine supplementation may serve as a buffer in the muscle and may decrease muscle lactate accumulation, enhancing performance in sport events dependent on the lactic acid energy system. One consistent finding in most studies is an increased body mass. A week of creatine supplementation has been found to increase body mass by about 0.9-2.2 kilograms (2.0-4.6 pounds)” (Williams, 1998). “In one study, creatine supplementation reduced ATP degradation by 30% and increased work output during two 30 second bouts of maximal isokinetic cycling” (Casey, 1996). Paul Greenhaff, a British exercise physiologist said, “Creatine should not be viewed as another gimmick supplement; its ingestion is a means of providing immediate, significant performance improvements to athletes involved in explosive sports” (Williams, 1998).

“There is no evidence that the increased body mass gained by the use of creatine is lean muscle tissue, but, the rapidity of weight gain is most likely water weight. Some research has noted a decrease in urine production associated with creatine supplemenation, which is an indirect marker of fluid retention in the body. If, however, creatine supplemenation enhances resistance training over time, the result may be an increased muscle mass, or lean body mass, and associated gains in strength and power” (Williams, 1998).

Throughout all of the research that has been done involving the supplementation of creatine, the question still exists in trying to find if creatine is safe when taken in excess. At this point there is no acute health risks involved with creatine supplementation. As for long-term health risks there are no indications of adverse effects. However, there have been cases where athletes got muscle cramps which could possibly be due to the augmented muscle/water content diluting electrolyte levels. The use of creatine right before or during exercise is not recommended. It may also be beneficial to increase fluid intake when taking creatine to prevent dehydration. Caffeine may negate the benefits of creatine by inhibiting phosphocreatine resynthesis, which takes place in the recovery phase of exercise.

Marketing claims that creatine increases muscle mass are controversial. Research has shown that people who supplement with creatine do gain weight. However, more research is needed to assess how much of the weight gain is actually due to increased muscle mass. Currently there is no evidence that creatine increases fat metabolism either. Some studies have shown that people suffering from neuromuscular disease or from congestive heart failure may improve muscle strength by taking creatine. However, more research needs to be done in this area to confirm these findings. Preliminary research investigating the potential benefits of creatine for the elderly, found no difference in strength or body composition in people who were supplementing with creatine. Therefore, not all of the claims about creatine supplementation are exactly true. Nothing has definitely been proven and set in stone as far as the benefits of creatine supplementation but things have been speculated.