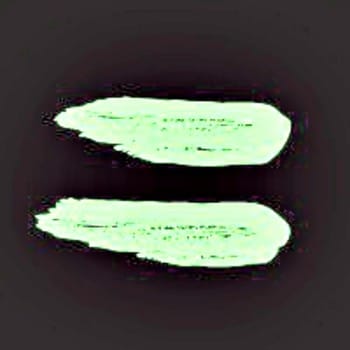 Despite the shared purpose of providing a format for natural bodybuilders to compete on a level playing field, the natural organizations continue to have many differences to be resolved among them before they can begin to come together to ultimately unify the sport. However, it would seem that the easiest compromise would be to at least agree on a banned substance list. Simple enough – right? You would think so.

The INBA/PNBA decided long ago not to subjectively decide what should – or should not – be included on a banned substance list and deferred, instead, to the international standard of the renowned World Anti-Doping Agency (WADA), the international independent agency composed and funded equally by the sport movement and governments of the world. WADA, of course, sets the standards for and monitors the drug testing for the Olympic Games, and its mission is to lead a collaborative world wide campaign for doping-free sport.

The DFAC also deferred to WADA banned substance list except for DMAA (1,3-dimethylamylamine) or Geranium which is banned during competition only.

The INBF/WNBF and the NANBF/OCB/IFPA each have their own respective banned substance lists which are relatively similar but allow exemptions for some substances for their athletes that are otherwise banned by WADA as well as time frames after which certain substances might be banned.

WADA employs an impressive group of international medical and scientific experts as part of their Health, Medical, and Research Committee; Gene Doping Expert Group; TUE (Therapeutic Use Exemptions) Expert Group; and Prohibited List Expert Group. It is the largest and most comprehensive organization in the world for controlling and monitoring performance enhancing drugs in sports.

It would seem that a simple solution for the sport of natural bodybuilding would be to have all of the major natural bodybuilding organizations agree to use the WADA standard – the most recognized standard in the world – instead of each organization using its own individual standards. This could also be a potential stepping stone to bodybuilding being accepted as an Olympic sport. Veteran competitors could be grandfathered in with different eligibility time frames, and all new competitors would have to be clean from the get-go. But this will probably never happen. Why?

There are too many pseudo experts in the natural bodybuilding community within some of these organizations who, apparently, think they know more than the foremost experts in the PED field and insist that some of the substances banned by WADA should not apply to bodybuilding and, so, exceptions are made by these organizations. These self-styled scientists are found in other sports too – and many of them are well-educated and mean well – but they are only hurting their sports by creating dissention rather than compromising for the overall good. There are NO exemptions for athletes in any sports for WADA. A skeet shooter is subject to the same testing as a weightlifter even though, clearly, some drugs might be more applicable to one sport or another.

So, as long as each organization continues to use a different banned substance list, athletes will be compelled to compete only in those organization(s) that allow the most exemptions rather than what is really best for the sport. “Natural” will continue to mean something different for each organization, and the public will be more confused than it already is.

The bottom line is if the natural organizations cannot even agree on a banned substance list, there is no hope of ever uniting the sport. Ever. And that would be a tragedy. It is up to the athletes to put pressure on the organizations to change because they are not going to do it on their own. Why should they if the athletes themselves don’t care enough to take a stand? Whether it is WADA or something else, let’s at least get on the same page with regard to a banned substance list.