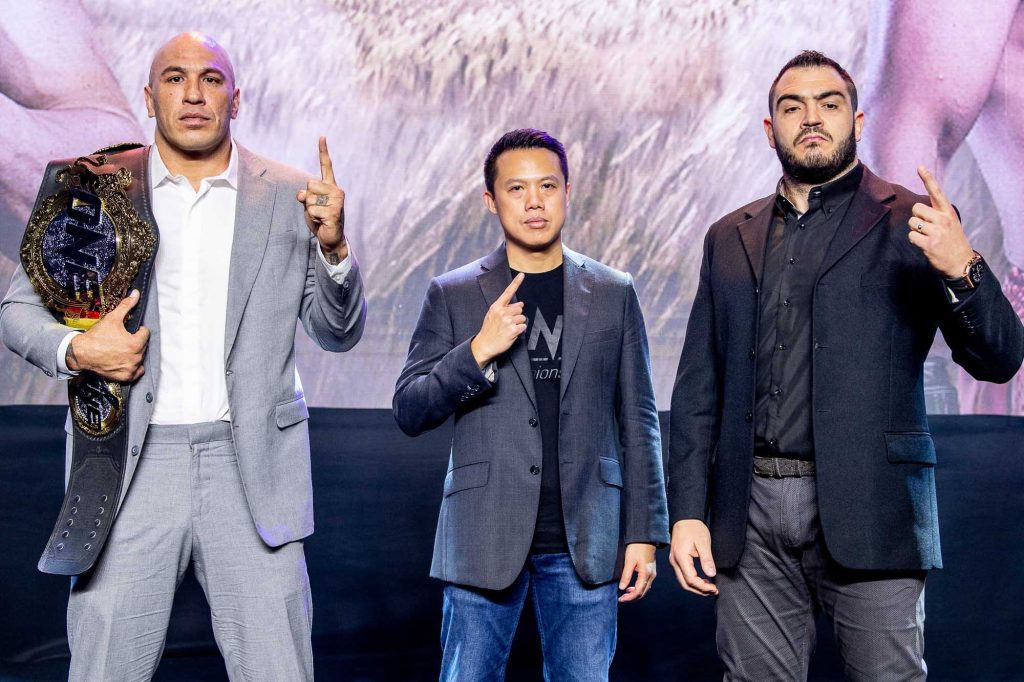 Announced at the Press Conference were news of ONE Championship’s new athleisure business and the launch of the official ONE Championship online store, offering global fans direct access to a wide range of urban lifestyle streetwear. Available at https://shop.onefc.com/, consumers will be able to purchase the newest merchandise and pre-order special limited edition products globally online, anytime and anywhere.

Hua Fung Teh, CFO of ONE Championship, stated:

It is always great to be back in Manila because the Philippines is one of the countries that truly and deeply appreciate martial arts. This is the reason why ONE Championship continually upkeeps holding blockbuster shows for our passionate Filipino fans. Brandon Vera and Eduard Folayang, two of the biggest superstars in the Philippines are ready to see action against incredibly tough opponents. It’s going to be an amazing evening of action. On Friday, Manila, let us make history again. Thank you and see you at the Mall of Asia Arena!

I owe the Philippines a lot for inspiring me to work harder than I ever have before. Am I ready after spending two years away from the cage? Hell yes. I’ve prepared very hard for this bout. I’ve trained every day, in between traffic, shoots, and everything in the middle. I am confident of victory. I’m still hungry and I want it more now. Mauro [Cerilli] is a worthy opponent, he’s been knocking guys out while I was away, and I am in no way underestimating him.

Thank you to ONE Championship. I am very happy to be here. The way ONE promotes martial arts is true to my character. I know Brandon [Vera] is the local hero, and I have all the respect for him. But I will do my best to win the title. If you would have told me years ago I would be facing a legend like Brandon, I would not have believed you. I’ve worked very hard to get to this point, so I am grateful for the opportunity.

Thank you all for coming and for all the support. Last year, things didn’t go as I expected. I lost the title. But this year is a new chapter. I worked extremely hard to come back here for another opportunity at the belt. I’ve been inspired by my teammates, my coach, and all the fans. This is the biggest bout of my career, and I am excited to give the best performance of my life.

I’m so happy to be fighting again in Manila. This is actually the second time. I fought here four years ago. I have all due respect for [Eduard] Folayang, he is a great martial artist. But I am coming for the title. I’ve worked extremely hard on my game since the beginning of my career, and I am one hundred percent confident of becoming world champion. Winning that title means everything to me. Me and my coach, we have a solid game plan for this fight. The odds may be stacked against me. I’m fighting the hometown hero, but I won’t let it affect my performance.