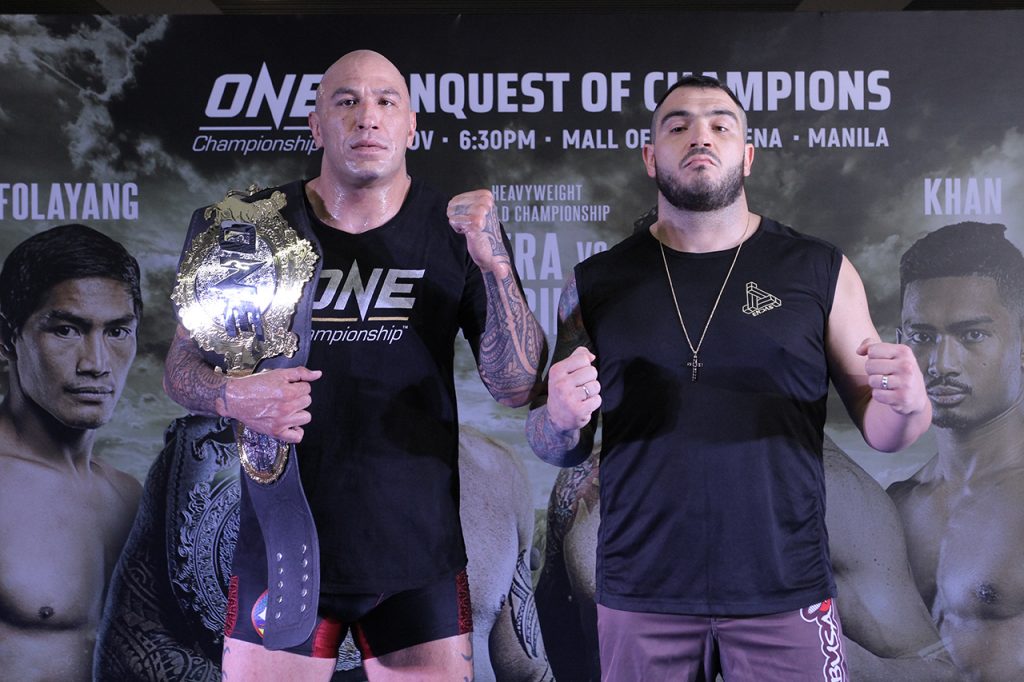 16 November 2018 – Manila, Philippines: The largest global sports media property in Asian history, ONE Championship™ (ONE), recently held the official ONE: CONQUEST OF CHAMPIONS Face-off and Open Workout at the Victoria Sports Tower in Manila. In attendance was reigning ONE Heavyweight World Champion Brandon “The Truth” Vera of the Philippines, as well as his opponent Mauro “The Hammer” Cerilli of Italy. Co-main event participants Eduard “Landslide” Folayang of the Philippines and Amir Khan of Singapore also faced off. 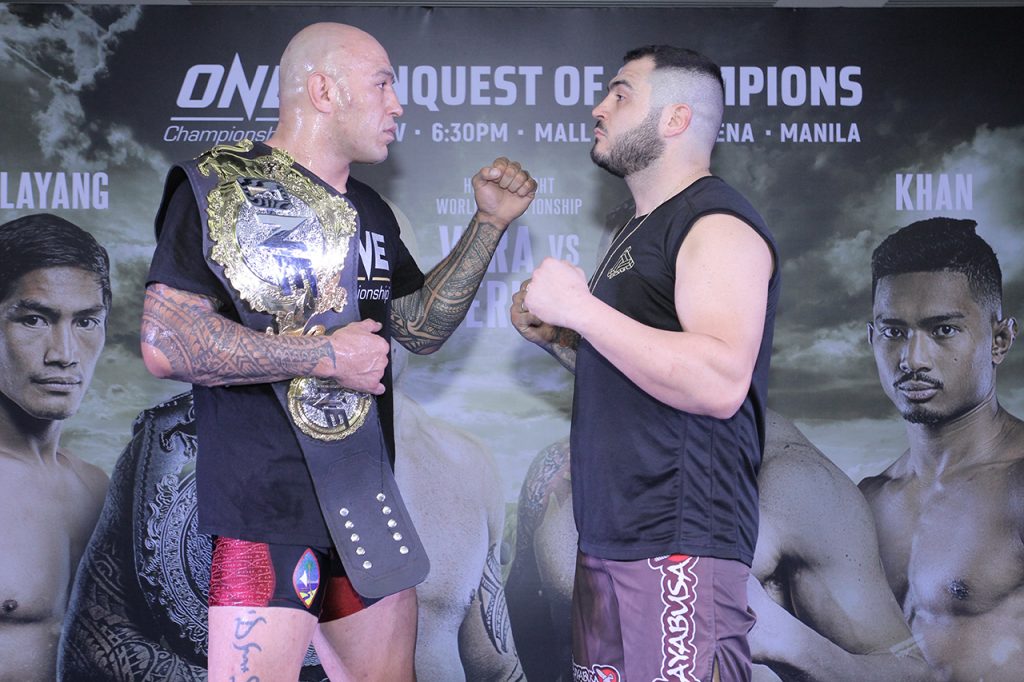 “Thank you everyone for coming out here, it is an honor to be your champion, Philippines. I’ve been away for a while, almost two years, but don’t think for a second that I haven’t been training and keeping sharp. I’m stronger, faster, smarter, and better now than ever before. My team has made sure that I will be at my best by the time I step back into the ONE Cage. This is home for me. I really missed this and I am excited to perform in front of you all next Friday night. The belt is going to stay in the Philippines.”

“I am very honored to be here and to challenge your champion. Joining ONE Championship, I know the competition is fierce and I will be faced with the best in the world. Brandon [Vera] is a great champion, but he’s lost his edge. I am here to claim the ONE Heavyweight World Championship. When I step into the cage on 23 November, I will be in the best shape of my career and I’m looking to score the upset. Thank you for having me, Manila. It is an honor to be here.” 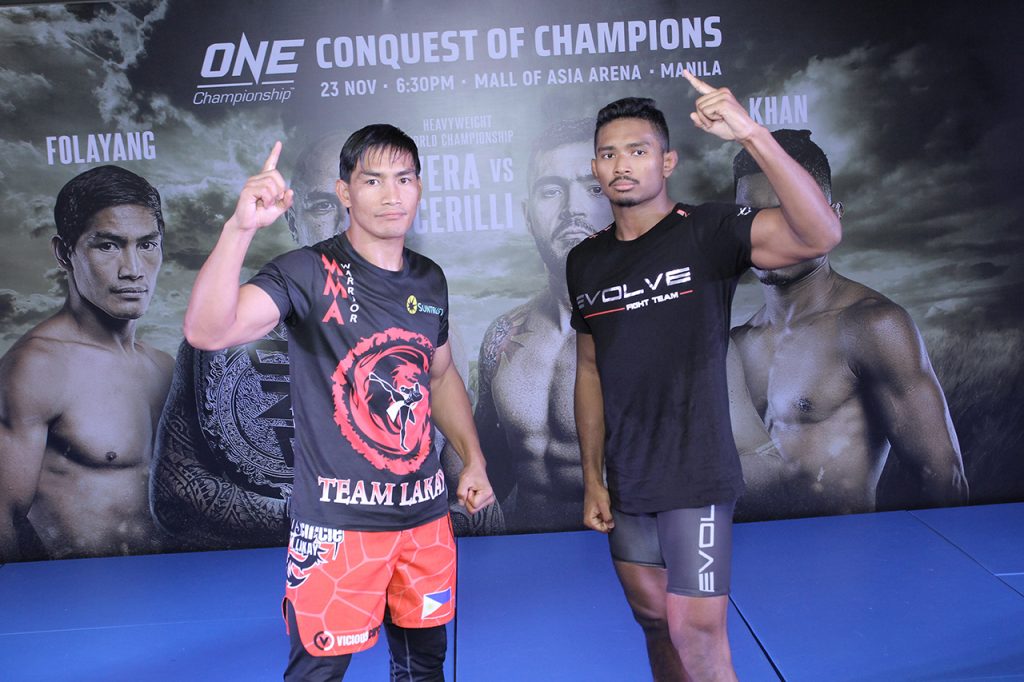 “I am so happy for the opportunity to once again be fighting for the world title. As always, I feel motivated and encouraged to do my best. I want to prove to the world that I am not done yet in this sport, and that I can still be world champion. Losing the title for the first time, it was a very painful feeling. But in defeat, I have discovered my weaknesses and made efforts to improve certain parts of my game. Now I am ready to showcase my championship form once again. Amir [Khan] is a great young martial artist. He has shown tremendous growth since his very first ONE Championship bout. I cannot underestimate him because he is younger than I am. This bout is special because it’s taking place in front of my hometown crowd in Manila. It also represents a chance for me to redeem myself, because this is the same place I lost the title one year ago. I have worked very hard since then and now the opportunity was once again given to me.”

“It has been a long journey for me. I’ve worked very hard for this. Ever since I started this journey, I have had one goal in mind and that’s to be champion. Everything I have done so far has been to work towards achieving that dream. I have 13 bouts in ONE Championship and 11 of those are wins. I’ve won my last two in exciting fashion. It’s only right that I am now challenging for the World Title. I’ll be facing former champion Eduard Folayang, and I’m going to his hometown, so I know it’s going to be a tough challenge. He has the home crowd advantage, but I am confident of victory. I hope to be able to bring this belt back to Singapore. I foresee that I’ll be the Joseph Schooling of mixed martial arts.”

Eduard Folayang Begins Another Run at the Lightweight World Title in...

One Championships - 01/14/2020 0
Feature
Filipino martial arts veteran and two-time ONE Lightweight World Champion Eduard “Landslide” Folayang is confident he has enough left in the tank to bag...