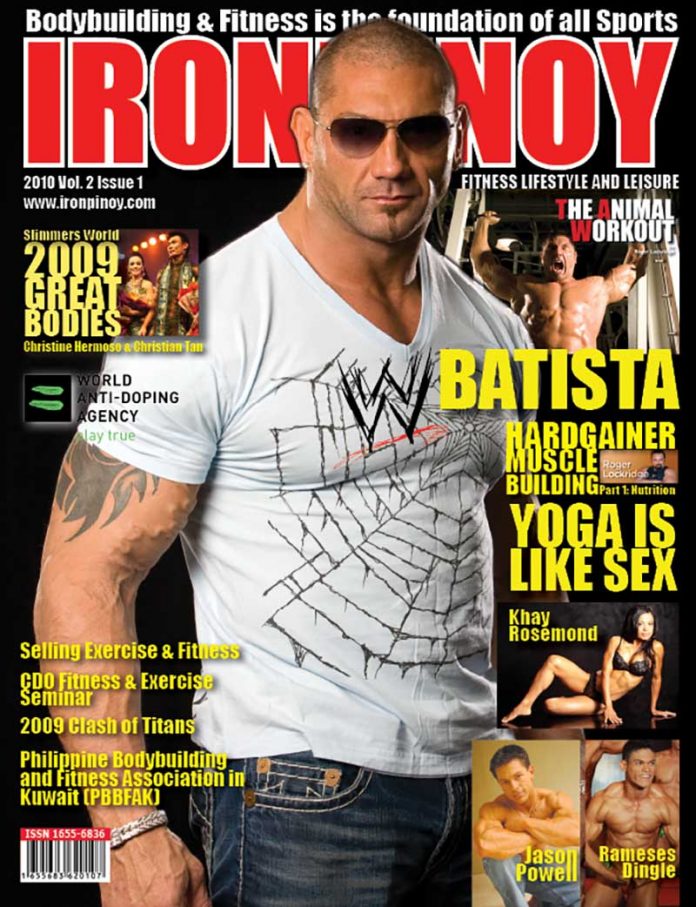 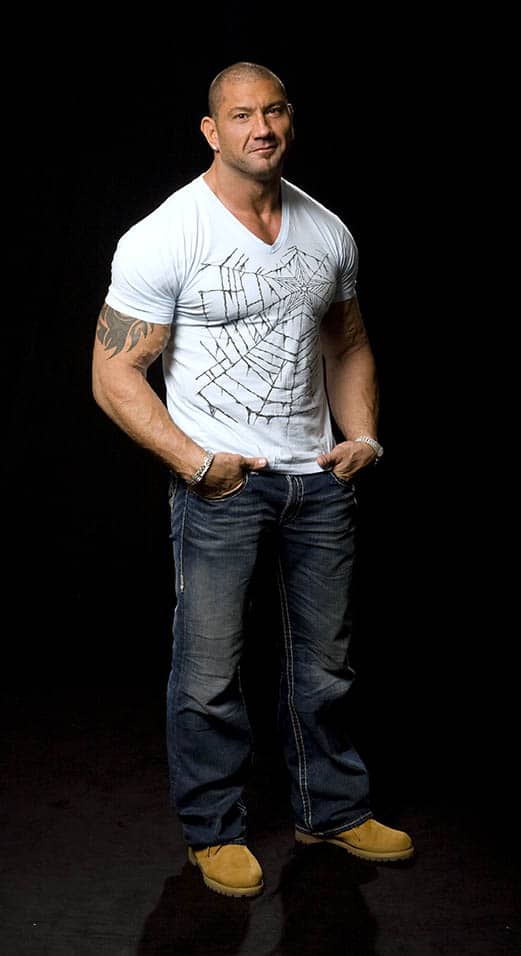 For sure, everyone knows Batista as the big-physique guy who nails his opponent with his signature move, the Batista Bomb. Aside from being half-Filipino, what else do we know about him? When I was tasked to do the interview with him, this was also the question I asked myself. Searching through the internet, I came across with lots of sources but they all state the same information. Good thing, I was able to come across his autobiographical book, Batista Unleashed and I was able to learn more about him.

Born on January 18, 1969, David Michael Bautista Jr. was born to parents David Michael Bautista, a Filipino and Donna Raye, a Grecian. He has a younger sister, Donna who was named after his mother. It was clearly depicted in the book all the sufferings and trials the family went through upon the separation of his parents.

I may not be a fan of wrestling but the book itself will make anyone reading it an instant fan of Batista. How it is written and its presentation is very much profound. Not to mention, Batista was so honest in reiterating all his experiences and thoughts. It will make one realize in the end that Batista was just an ordinary person who strived hard to change his chaotic life and courageously reached the top of his dreams.

Having read almost all the aspects of his life, I then formulated the following questions below which Batista answered last December 20, 2009.

BATISTA ON WRESTLING AND BODYBUILDING

Michelle: I have learned that you’ve engaged yourself in bodybuilding and lifting weights even became a bouncer before. How has all these helped you out with your wrestling career today?

Batista: They all go hand and hand. I was always was a physical, athletic guy to begin with. I really got into bodybuilding coming out of high school and since I had that physique, I stood
out and it ultimately helped me get noticed by WWE.

M: In a wrestling career, injuries are inevitable. What were your most challenging injury and has it ever made you think to stop wrestling?

B: I tore my right tricep in the latter part of 2005 and that was by far my worst injury; my arm was just demolished. They had to take a piece of my hamstring out to tie into the tricep to help rebuild it. But quitting the WWE because of injuries has never crossed my mind.

M: How do you make sure that you have fully recovered from an injury before getting into the ring again?

B: We work with some great doctors who deal with athlete injuries and I really trust their opinions. You just have to go through the proper rehabilitation and work yourself back to health.

M: Do you do sports therapy after a match? What kind do you like best? Are there other wellness routines that you personally do to prepare for and/or recover from a match?

B: I’m a firm believer in Ibuprofen and chiropractors. I usually ice myself down and stretch as well to help prevent future injuries.

BATISTA ON BEING PERSONAL

M: A wrestler’s entrance song describes how his life has been. You had three entrance songs already, which of these is the most heartfelt for you?

B: When I heard the lyrics to Saliva’s “I Walk Alone”, it just fit me perfectly. Everything about the song, from the rhythm to the lyrics, it really suited me.

M: Having read your autobiography, Batista Unleashed, I have learned that you are a very expressive and somewhat emotional person. How do you manage then to rip it off like that with the guys in the ring?

B: My emotions are what help people to connect with me. I am an emotional person and they can sense what I’m feeling; it helps draw them in.

M: I read in other interviews and in the book as well, that you encourage your children to study. That you would have taken your own studies seriously if given again a chance. Having realized the importance of education in your life, do you ever see yourself as a promoter of education someday?

B: I definitely would have taken that advice, but with me, there came a certain point in my life when I didn’t have much of a choice. I basically had to leave school in order to support myself. I wish I had that one person in my life to give me advice. I try to tell my kids (and all kids) to get your education and if you don’t, one day you’ll regret it.

Batista’s comments on Manny Pacquiao… I consider Manny a friend and if he ever needed anything from me, I’ll definitely be there for him. He’s someone I really respect and admire.

M: What’s new with Batista and what should fans watch out for in the coming months?

B: As always, you’ll see me give 100% every night and I’ll proudly be representing the Filipino people. WrestleMania 26 is coming up in Phoenix, Arizona (which will air on JACK TV on Monday, March 29).

M: What does it mean to you to participate in a WrestleMania?

Batista lived a life in poverty. He went through the trials that life threw in his way. Still, he managed to patch things up in his life and be where he is today. Truly, anyone can do as he did. Amongst all the wrestling titles he won, the most important of all is not giving in and fighting it out every day in the ring of life. Thank you to the World Wrestling Entertainment for allowing us to feature Batista in the Ironpinoy Magazine.