With the support of the Philippine Sports Commission, Philippine Olympic Committee, Dewfoam, SNI supplements and Yellow Cab, the Philippine Powerlifting team turned in a spectacular performance with 10 athletes taking home 21 gold medals aside from numerous silvers and bronzes in the 2011 Asian Powerlifting Championships held in Kobe, Japan recently.

Ramirez won gold medals in the Squat, BenchPress, Deadlift and Total with lifts of 165kg, 100kg, 195kg, and 460kg respectively in the 53kg class Sub-Junior category (18 years old & below)to share claim to the most gold medals for the country on opening day.

Betina Bordeos showed that beauty and brawn do mix in winning the gold medals in the Bench Press (85kg), Deadlift (165kg), and Total (390kg) to lord it over in the 57kg Junior category (19-23 years old), a big improvement over her already impressive 1 gold medal win last year. She also won the silver medal in the Squat with a lift of 140kg

Many-time World Masters champion Tony Taguibao destroyed the opposition in the 59kg Master II category to win gold medals in the Squat (165kg), Deadlift (187.5kg) and Total (435kg) despite a shoulder injury. He also won a bronze in the Bench Press lifting 82.5kg

Nina Oca added to her World & Asian gold medal collection by winning the Gold medals in Deadlift (127.5kg) and BenchPress (70kg) in the 57kg Masters II category. Oca also won silvers in the Squat(110kg) and the Total (307.5kg)

Debuque won gold medals in the Squat, Bench Press, Deadlift and Total with lifts of 320kg, 170kg, 240kg, and 730kg respectively in the 120+kg class Sub-Junior category (18 years old & below) to claim the most gold medals for the country on the 2nd day.

Cruz, in the meantime grabbed the Deadlift gold medal in the 93kg class Sub-Junior category with a lift of 235kg. He also won silvers in theSquat (255kg) & Total (617.5kg) to go with his bronze medal in the BenchPress (127.5kg).

Combining these golds with the 15 gold medals won on the 1st day, the Philippine team has already amassed 20 gold medals

The Open category started on this day with National Champions Leslie Evangelista and Anita Koykka starting it off for the team collaring 3 bronze medals and 2 silvers.

Leslie Evangelista continued the charge of the Philippine team with a bench press bronze (62.5kg) and deadlift silver (135kg) in the 47kg Open class.

Anita Koykka, tired from competing in the Masters competition 2 days earlier, battled it out in the 52kg Open class. Koykka still managed to squat 145kg for a bronze, deadlift 150kg for a silver, and total 377.5kg for another bronze. Together with her 4 Gold medals on Day 1, Koykka easily emerged as the most outstanding performer for the Philippines.

Michelle Cruz, competing in the 72kg Open class, finished the Philippine campaign with a bronze medal in the Bench Press with a lift of 102.5kg.

Head of Delegation was Tony Taguibao while the coaches of the team were Eddie Torres, Tony Koykka, and Allan Paje. 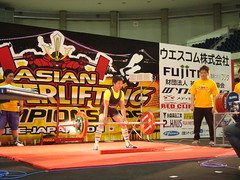 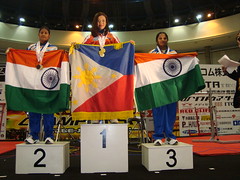 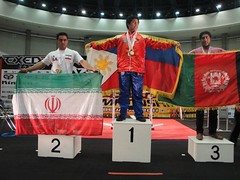 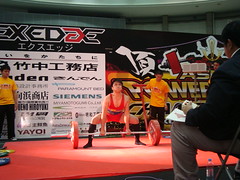 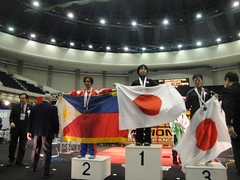 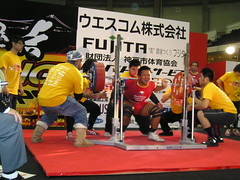 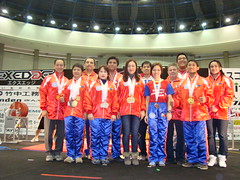 IPF reminds all athletes to beware of supplements

The information provided on this website is for informational purposes only. It is by no means intended as professional medical advice. Do not use any of the agents or freely available dietary supplements mentioned on this website without further consultation with your medical practitioner.